Red palms – An Unusual Symptom Of Cirrhosis Of The Liver: When Should You See A Doctor? 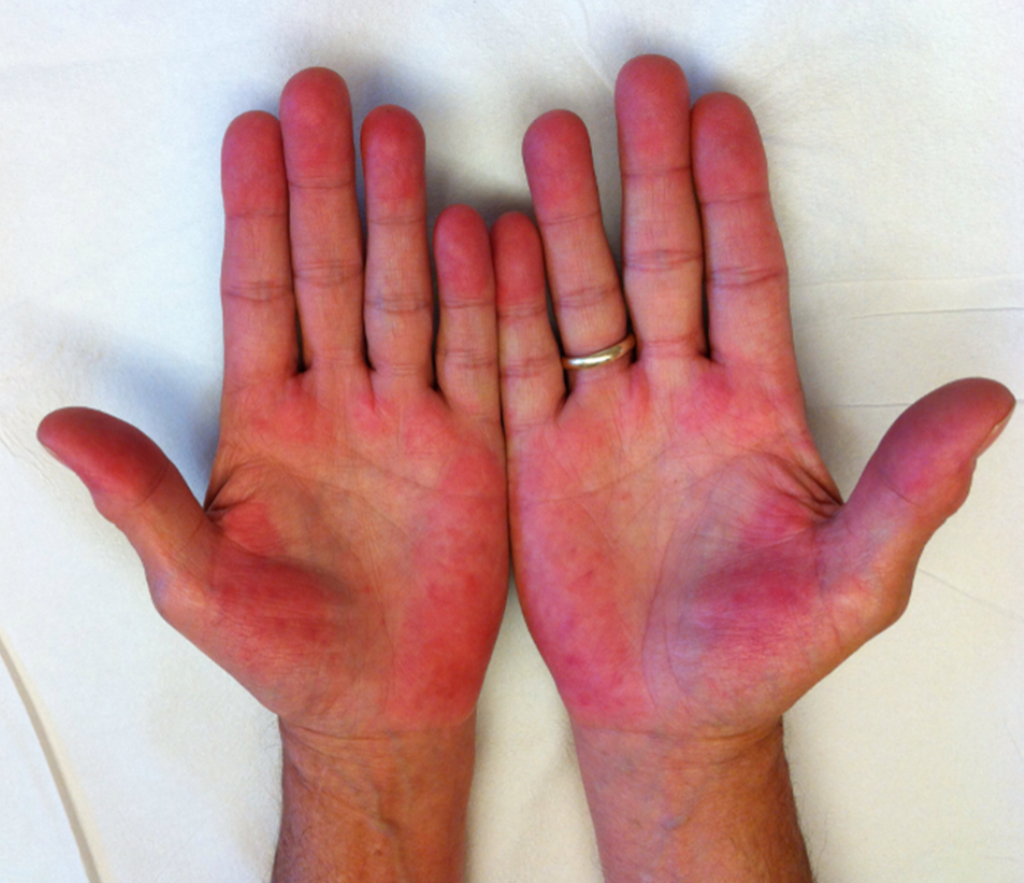 What does having reddened palms mean? This symptom may be brought on by liver cirrhosis, according to reports.

Doctors caution that if you find that your palms are consistently red, it may be a sign that one of your organs is in danger.

The liver, which is the body’s primary cleanser, plays this role.

“The liver eliminates all toxins from the body, including extra hormones. Estrogen is that hormone in guys.

In the “Live Healthy!” program that is aired on American television, cardiologist Herman Gandelman says that when the liver isn’t functioning, estrogen builds up and causes blood vessels to widen, which causes the hands to get red.

Find out more about: Why Does Cancer Mortality Vary From Country To Country?

This odd sign denotes the development of cirrhosis, which is the slow destruction of the liver.

Cirrhosis-related redness, according to Medical News Today, typically appears on the bottom of the palm but can occasionally migrate to the fingers.

When pressure is applied, the skin goes white and the redness can resemble a rash. Additionally, there is no itching in this instance.

Several variables, including body temperature, level of physical activity, and even emotional condition, can affect how red something is.

It is advised that you see a doctor if this type of sudden reddening of the hands occurs because it typically signifies a liver issue.

What destroys the liver?

Liver problems can also be shown in a blood test.

How to prevent and treat?

If your doctor finds that you have a liver issue, you need to start the treatment he will prescribe for you right away. In addition, you must cut back on your weight and give up alcohol.

The doctor claims that if you act quickly, lose weight, and get rid of toxins that impair your liver, it can regenerate and return to normal.

After reading this text you can also read about: Stomach Bacteria: Cause, Symptoms And How To Treat This Dangerous Problem?