Why Do You Have White Spots On Your Nails? Here’s What The Problem Is 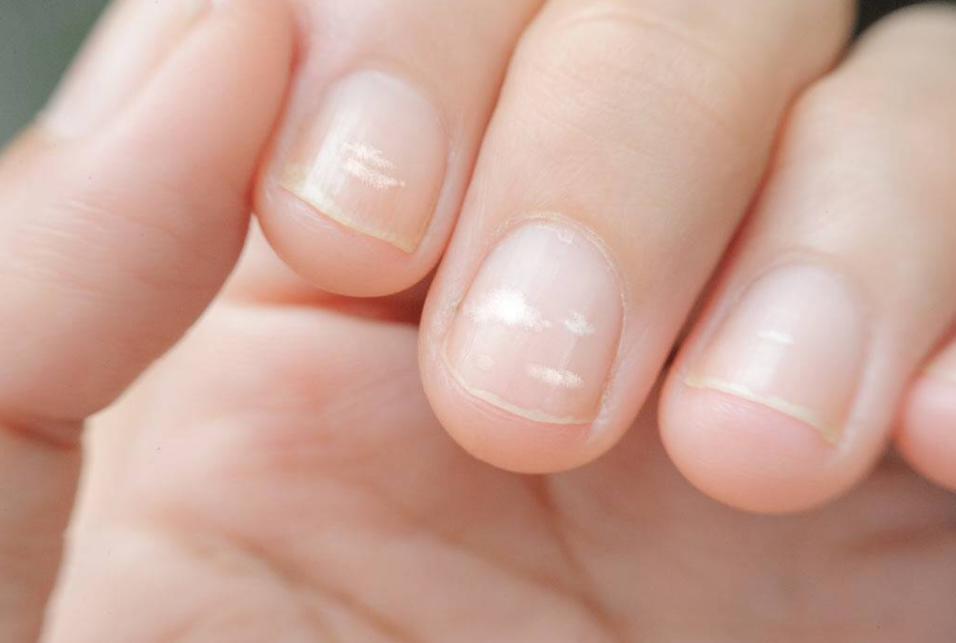 Nails are a mirror of the state of our body.

When we were younger, we were informed that if we didn’t drink enough milk, little white spots would appear on our nails.

White spots can be caused by a calcium deficiency, but if they don’t go away, enlarge, or keep reappearing, it could be an indication that something more serious is going on in your body.

Vegetarians, persons with kidney illness, and even diabetics are at a higher risk. Fatigue, diarrhea, loss of appetite, and a weakened immune system are some of the most common symptoms.

Fungal infections are very common. Some of the symptoms include hardened nails and the spread of discolored areas. White patches occur near the nail’s tip or root.

Vitamin B3 deficiency is a problem with Pellagra. Nausea, diarrhea, and mucous membrane inflammation are some of the symptoms.

Vitamin C insufficiency is a worry for patients with anorexia, diabetics, and people who have recurrent diarrhea since it happens without symptoms.

In addition to white patches on the nails, jaundice, itching, nausea, exhaustion, bruising, weight loss, and swelling of the feet and joints can occur when the liver is injured.

Biting the cuticle around the nails, having an aggressive manicure, or simply pressing the keyboard too hard can all create white spots on the nails.

After reading this text you can also read about: This Skin Change Indicates That You Have A Liver Problem