Sinusitis: How Long Can You Use Nasal Drops? 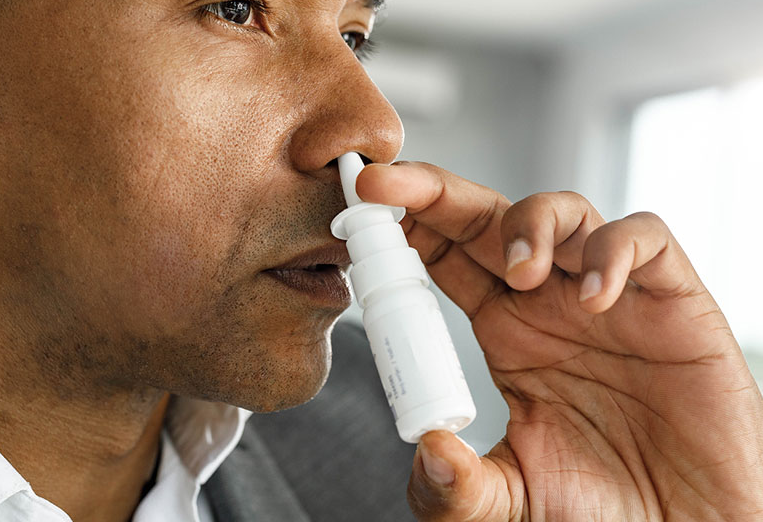 The temperature of the heated rooms in which we live, as well as the degree of humidity in them, fluctuates dramatically as the outside temperature drops. All of this can have a bad impact on our health, particularly the sinuses, which can become inflamed.

As a result, patients are diagnosed with a much larger frequency of sinus infections during the winter than during the rest of the year. Prof. Dr. Mirko Ivkic, specialist in otorhinolaryngology and head & neck surgery, explains what the sinuses are, why and how they inflame, and how to best treat this uncomfortable condition.

The sinuses clean the inhaled air

Sinuses are cavities in the bones of the head, according to prof. Dr. Ivkic. Sinuses bordered with a thin, fragile mucosa and filled with air are healthy. They are connected to the nasal cavity by narrow apertures and canals, making their function and disease difficult to distinguish from that of the nose. The four pairs of sinuses are named for the bones in which they are found (maxillary, frontal, ethmoid, and sphenoid sinuses).

However, the reason for our sinuses is still unknown. The sinus chambers are assumed to have formed as a result of the skull’s evolutionary history, resulting in a lighter head. The mucous membrane of healthy sinuses produces clear, thin mucus that has a beneficial effect on respiration and the protective function of the nose (moisturizes and cleans the inhaled air), and the sinus cavities to some extent affect the color of our voice, explains prof. Dr. Ivkic.

Bacteria grow easily in rooms where the air is very dry, mostly due to unmaintained and improperly cleaned heating devices, which thus become a breeding ground for bacteria, which is conducive to the development of sinusitis or sinusitis.

Inflammation of the sinus mucosa swells, and at the same time there is increased production of thick mucus. This can lead to blockage of the natural sinus openings, which accumulate mucus, and viruses and bacteria continue to grow. If there is a sudden leak, nasal congestion, pain or pressure in the face, it is an acute inflammation.

The disease is often accompanied by cough and disturbances or lack of sense of smell. In acute inflammation, fever, weakness, and shortness of breath may also occur. Inflammation sometimes occurs several times a year, and if it lasts more than 12 weeks, it is chronic sinusitis, says prof. Dr. Ivkic.

What can we do to help relieve sinusitis?

Fortunately, there are ways we can reduce the risk of sinusitis. As prof. Dr. Ivkiќ, viruses and bacteria from the upper respiratory tract are most often transmitted by drops, ie coughing and sneezing, which is why contact with potentially sick people in the season of flu and other viruses should be avoided.

We should pay attention to the humidity and temperature of the rooms in which we reside, and keep sudden temperature shifts from cold to warm rooms and vice versa to a minimum if at all feasible. Electric humidifiers can also help by converting water into steam and squeezing it into the room, thereby boosting the humidity level.

Tobacco smoke has been shown to increase the risk of sinusitis, so these rooms should be avoided, especially at this time.

Sinusitis is a common ailment that may be treated rapidly, despite the fact that it is unpleasant. The use of nasal sprays to minimize edema and discharge is usually the first step. Because of the potential for injury, such drops should only be taken for three to five days. Nasal saline lavage has been demonstrated to be effective, and most patients feel better after inhaling warm moist air.

Antibiotics and corticosteroid sprays should only be used under strong medical supervision in cases of severe inflammation. Prof. Dr. Mirko Ivki concludes that the treatment should last at least 10 to 14 days.

Find out more about:  Purifying Diet With Oat Flakes