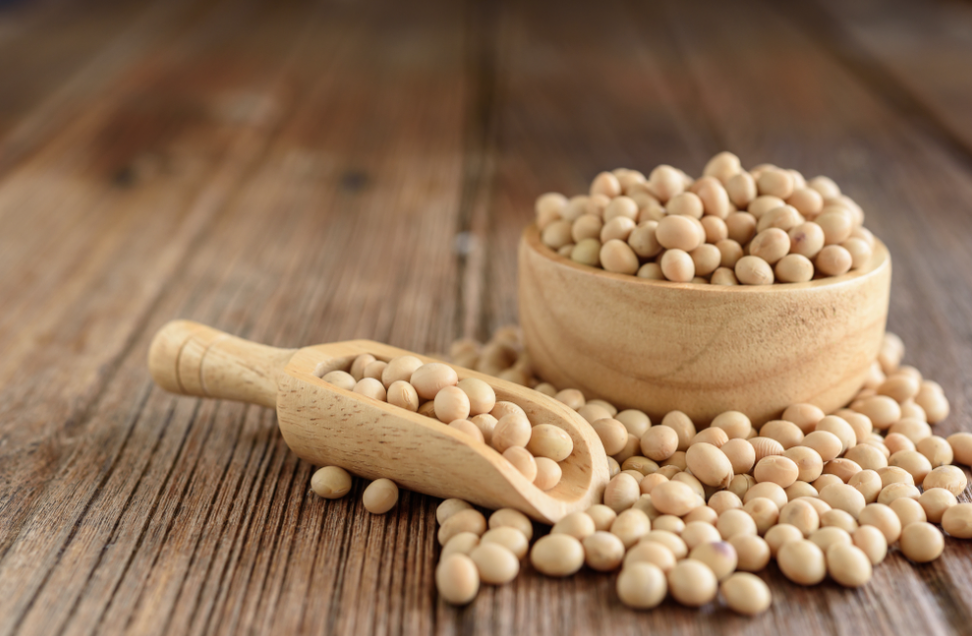 Another great thing about soybeans is the fact that they contain a lot of vitamins and minerals beside the already known nutrients. Soybeans are a rich source of potassium and folate. Depending on the type of soybeans some can contain good quantities of fiber which are very important for an active digestive system, thus preventing constipation.

3,Soybeans and osteoporosis – Soy foods can be part of diet that improves bone health. The high quality proteins they provide are very important in general bone building and later on healthy. Also the calcium in fortified soy milk and calcium – set tofu is absorbed as well as that from cow milk. There is also a current interest in the possible skeletal benefits of soybean isoflavones because of their estrogen-like effects.

4.Soybeans and menopause – The observation that Asian women are much less likely to report having hot flashes than Western women led to the hypothesis that soy foods, because they contain isoflavones, may alleviate menopausal symptoms. More than 50 clinical trials have examined the effect of soy foods or isoflavone supplements on hot flash frequency and or severity.

5.In conclusion, there are a lot of good effects that can occur from a general intake of soybeans. Furthermore, scientists are considering this to be just the tip of the iceberg as more good results are showing up every day.

Find out more about: Natural Remedies For Anxiety