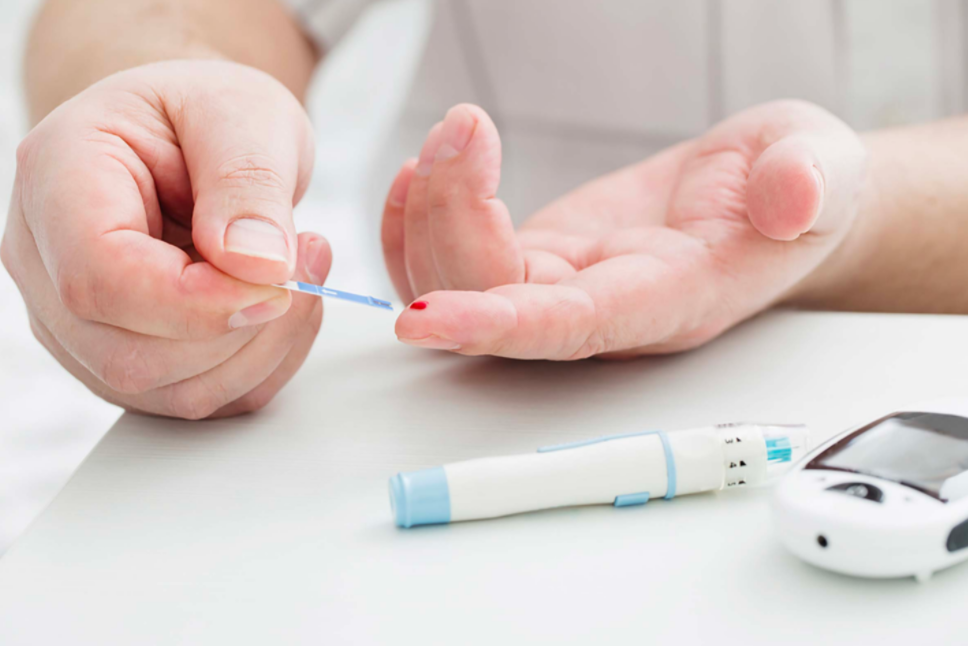 Diabetes or Excess sugar is a chronically incurable metabolic systemic condition characterized by a persistent rise in blood glucose levels.

It is caused by hereditary factors, caused by decreased secretion or decreased hormone insulin biological activity, that is, a combination of these two factors.

This deficiency interferes with the processing of carbohydrates, fats, and proteins in the body and has long impaired blood vessel function and other vital organs.

Diabetes is a result of both the modern lifestyle and the rising number of external etiological factors, in particular obesity.

Diabetes typically develops in later years due to general degenerative and sclerotic changes in the body, though in some infectious diseases young people can be the victim of genetic abnormalities or damage to the pancreas.

The tendency for diabetes is transmitted to offspring, and the onset of the disease itself may depend on other causes throughout life, and some offspring may not.

Other diseases and conditions

Unlike hereditary diabetes, there are some diseases and conditions that can lead to diabetes. Such diabetes is called secondary because it develops under the direct influence of disease or the effects of harmful effects on the body. Such is the case with the occurrence of diabetes in chronic alcoholics, pancreatic disease, obesity, thyroid diseases, pituitary and the like.

Impact of some medicine

The first group of medicine that can cause diabetes include drugs used in rheumatic diseases, chronic respiratory diseases, some kidney and skin diseases.

The other group of medicine are contraceptives that affect how your blood sugar behaves.

Types of diabetes and treatment

The most extreme type occurring when cells in the pancreas create or don’t generate a small amount of insulin at all. Unfortunately, while this can occur in any generation, it is most frequently seen in children and young people. Insulin therapy is provided from day one, and care must include strict blood sugar management, diet and physical activity.

This is the most disseminated sort. Patients with this condition pancreas do not contain enough insulin or the body is fully immune to this hormone. It more often occurs in adults over age 40 and in obese individuals. Modern lifestyles increase the development of diabetes of this kind.

The therapy for this type of diabetes is combined – diet, certain diet, antidiabetic, moderate physical activity. If this treatment does not work, insulin therapy is initiated, initially through oral antidiabetics.

A type of diabetes triggers hormone balance changes that may result in impaired insulin secretion and elevated blood glucose levels. Additionally, pregnant women over the age of 25 are at higher risk if they were obese prior to pregnancy, particularly those with diabetes predisposition. Glucose levels typically stabilize after childbirth, but those who have had diabetes often become vulnerable to type 2 diabetes during pregnancy.

The hereditary factor can be difficult to influence, but it is still good to prevent or prevent the progression of the disease, to have a healthy lifestyle, defensive nutrition, physical activity, avoidance of stressful situations.

It is important in the diet to avoid sweetened coffee or tea and alcohol. Instead, opt for a natural sweetener – stevia.

Find out more about: Hemorrhoids In Pregnancy: Why Do They Occur And How Are They Treated?