Endometriosis – A Cause Of Infertility In Women 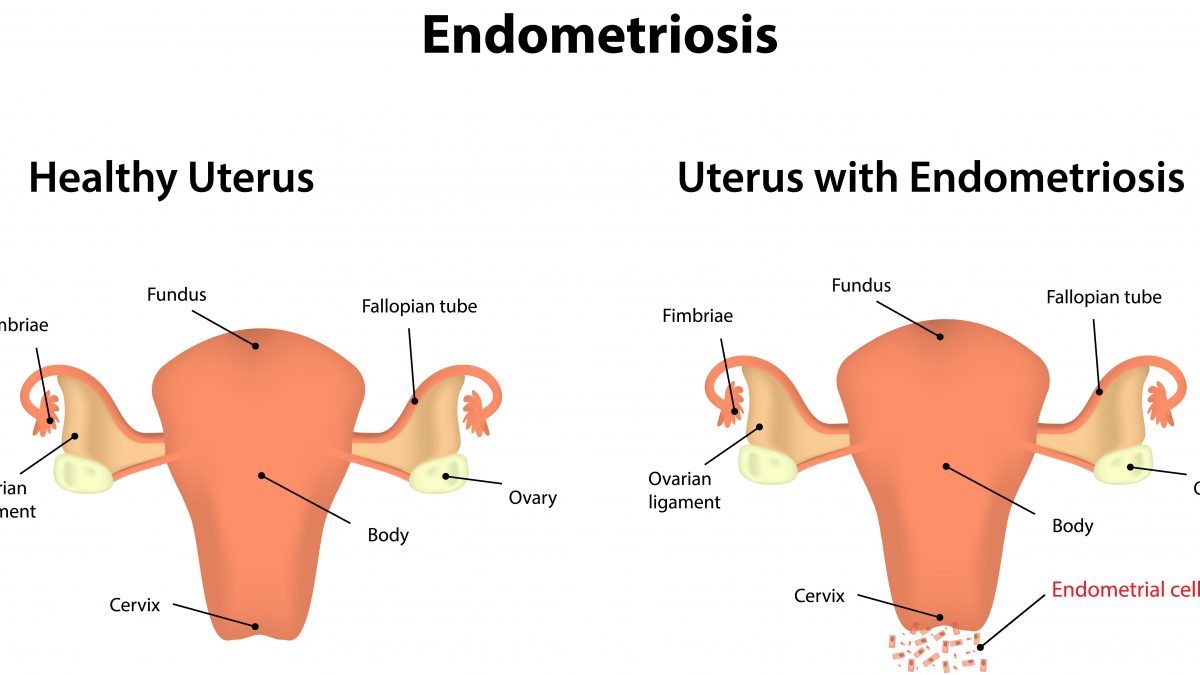 Endometriosis is a chronic, frequent, and progressive disease accompanied by pain. It occurs in 10% of women of reproductive age. About 25-50% of infertile women have endometriosis, and 30-50% of women suffering from endometriosis have difficulty conceiving.

Endometriosis is a disease that inspires anxiety, as well as a variety of difficulties and assumptions, ranging from the belief that it always leads to infertility to the assertion that it always relapses after treatment. Pregnancy and hysterectomy are now widely accepted as safe treatments for endometriosis. For such misconceptions, in addition to the lack of information of the people, the inability to scientifically explain the reasons for its occurrence certainly contributes.

Endometriosis is a disorder in which minute pieces of the uterine endometrium (lining) exit the uterine cavity (cavum uteri) and connect to other organs, most commonly in the pelvic area.

Every month, processes occur in the female body that prepare her for a prospective pregnancy. The endometrium enlarges and prepares to accommodate the future embryo under the influence of hormones. The fertilized egg attaches to the endometrium and begins to grow if a woman conceives. Menstruation is the process by which it breaks down, bleeds, and is ejected from the body.

Endometrial cells transplanted to other organs in endometriosis behave like the endometrium: they develop and bleed in response to hormones, but the blood cannot leave the body. Inflammation and the creation of cysts and scars on the surrounding tissue result as a result of this. As a result, the discomfort usually begins a few days before the menstrual cycle and ends when it does.

Endometriosis affects the ovaries, the outer wall of the uterus, the ligaments that maintain the uterus in place, and the gap between the uterus and the rectum, among other organs of the reproductive system.

In very rare cases it can spread beyond the abdomen and affect other organs, such as the lungs.

Endometriosis is caused by a variety of factors that are unknown. There are various theories for its occurrence, ranging from genetic predisposition and retrograde menstruation to the immune system’s incapacity to deal with the removal of endometrial cells exiting the uterus, but none has been proven. There are no answers to why and how endometrial tissue expands to other sections of the body as of yet.

The female hormone estrogen, on the other hand, is known to aggravate the illness. Women of childbearing age have high estrogen levels, which is when they are more likely to develop endometriosis.

It most often occurs in women who:

There are no symptoms that are 100 percent definite that you have endometriosis. Some women experience no symptoms, while others get minor cramps that are connected with the regular symptoms of PMS. However, there are many cases when the discomfort is severe enough to make everyday activities impossible.

The most common symptoms of endometriosis are:

Ultrasound is a diagnostic tool for detecting endometriosis, however its utility is restricted due to low specificity and sensitivity. Diagnostic laparoscopy is a good way for diagnosing endometriosis. It not only diagnoses, but also locates the disease and allows for a severity assessment. It is done by inserting a small camera into a small incision in the abdomen and using it to detect the presence of endometrial tissue in odd areas. A diagnostic test is performed to confirm the diagnosis, including a biopsy and detection of the concentration of antigen CA 125, albeit this tumor marker is more commonly employed to monitor treatment.

CAN ENDOMETRIOSIS BE CURED?

Sometimes the first or only sign of endometriosis is the inability to conceive. Infertility occurs in about Endometriosis affects one-third of women, however the exact reason of infertility is unknown.

The good news is that most endometriosis patients have no difficulty conceiving. The likelihood of conceiving, however, is dependent on the severity of the disease. In women with moderate or severe endometriosis, laparoscopy can greatly improve their odds of becoming pregnant. If infertility persists, another option is in vitro fertilization.

Symptoms in women who have conceived may lessen or disappear during pregnancy. After having delivery, the condition usually returns rapidly, though in some women it may go away completely.

Find out more about: Rosemary – A Healthy Herb In Your Home